Silver & Gold, Have I None… 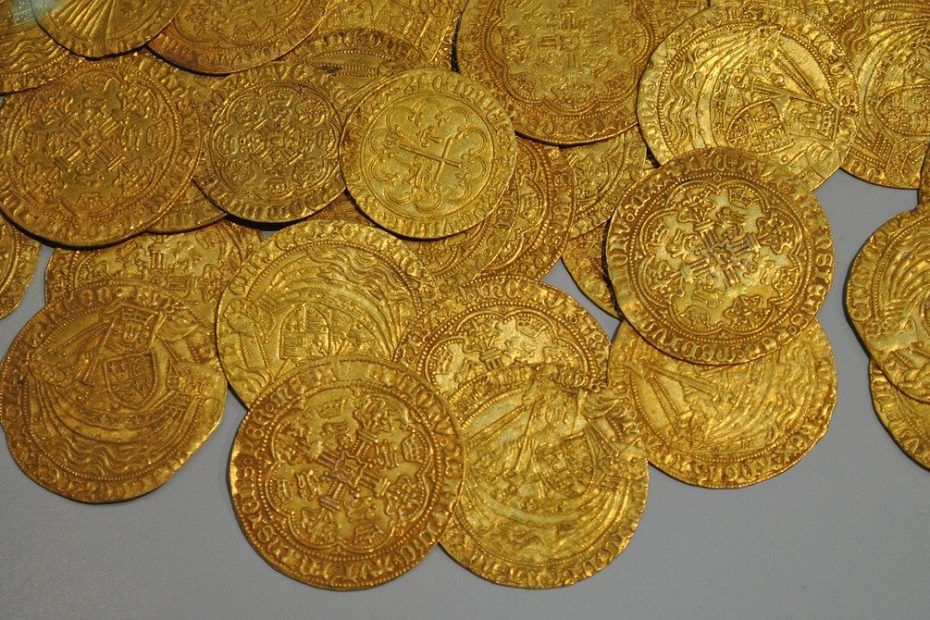 Acts 3:6 is a familiar passage for pentecostals and healing evangelists. The old King James Version sounds a bit obtuse, “Silver and gold, have I none.”

The NIV says “Silver or gold I do not have…” and then of course there is The Message version says it this way… “I don’t have a nickel to my name” ha ha.

I heard an urban pastor once say it this way “Silver or gold, I don’t got!”

Can it be both?

No matter how you translate this… the point is still clear as crystal: Peter and John were broke. Or at least their budget had no room for any more handouts. They had come to pray at the temple in Jerusalem.

Funny thing – the 12 disciples rarely came to Jerusalem before the outpouring of the Holy Spirit on the day of Pentecost. They were Galileans. North people. Mostly blue collar workers. Fisherman and farmers. Had a bit of a “twang” in their accent. The more refined and cosmopolitan southern people from Jerusalem and Judea tended to look down on those Galileans. Of course on the day of Pentecost, all Jews from every part of Israel were expected to come to Jerusalem.

But now that the Disciples had been filled with the Holy Spirit – they were confident and not afraid of anyone! They remained in Jerusalem in obedience to what Jesus had told them. Now they were awaiting the Holy Spirit’s direction.

Of course, Jesus knew that having his followers be filled with the Holy Spirit and speak in other tongues was the fulfillment of his promise. Also because so many people from so many different ethnic groups, peoples and nations were already in Jerusalem, the tongues that these filled to overflowing followers spoke was in the very languages of the people! They understood the tongues in their language that gave praises to God!

They were impressed to say the least!

A Time for Miracles

Now as confident, filled and equipped believers… they were doing miracles in the Name of Jesus – just as he told them they would someday do!

The old “Simon” was gone – the new Peter was here now!

As everyone passed the beggar on the side of the Temple called “Beautiful” we see Peter and John suddenly gripped by this man.

Now let’s nottice something about each one of the people in this story:

Peter is broke, and basically for the past 3 years, he set his fishing business aside. He chose to leave it all behind and follow Jesus. to be one of the original 12, well, you certainly had to give it all away, if you were going to follow him. 4 gospels full of those constant calls to leave it all and follow Jesus should be enough to not misunderstand such “broke” men as Peter and John.

If they wanted to have silver and gold, they sure could have. But in obedience to what Jesus asked them – they obeyed.

Then we have this blind beggar. He was likely Jewish and at least allowed to be near the Temple Gate. Still no one knew what to do with him. He begged for money. Every so often, a happy Jew walking away from a great time of sacrifice and worship could easily spare some loose change.

This beggars “POVERTY” was, you might say, “by chance.”

At least, that’s the common view when someone is physically impaired, afflicted or in some way handicapped for no apparent reason.

How many times did Peter, John and the others walk by this beggar on their way to worship God? Who knows? Peter had never felt this sudden urge of power within and around him. Perhaps he already felt a warmth in his hands or s tingle in his neck. We just know Peter feels electricity pumping through his veins and this beggar is about to notice this power too!

More than all this, Peter senses here in verse 6 the Presence of the Holy Spirit now leading him to Pray for this Power to be released on the Problem currently confronting this poor beggar.

Then Peter says “But what I do have, I give you now! In the name of Jesus Christ, rise up and walk!”

Because of the beggar’s poverty – he qualified for a miracle.

Honestly, he had given that “fool’s hope” many years ago – to walk. Like any sane person, he realized walking was not an option. So what do we all do in such circumstances, we lower our expectations to reality. The best he could hope for, he reasoned, was to find a place where the largest stream of compassionate, god-fearing people who are eager to get back in God’s good graces and possibly help a poor, crippled brother out – begging before and after church!

Because of Peter’s poverty – he qualified to give him what he now had – the power of God!

When we have silver and gold, when we are sick we get an operation. Or we buy servants to carry us around. But when we are poor – not so much absolutely without anything, but even if what we have is not quite enough to take care of the problem ourselves – we QUALIFY for HIS POWER.

If you feel poor, or just not rich enough to take care of your hopeless problem – that state of “poverty” qualifies you to experience his Power.

How many times in my life, when I had the money to take care of my problems, I paid the money and took care of it.

But many times when my problem was so big, I was in poverty to the point that I was powerless to fix it, I qualified for his power! And somehow, He took care of my problem.

He doesn’t always do a miracle. Sometimes He has another plan. His plan is always the best. Always. It must always be His Presence, His Plan. We do not know His plan. So we pray for direction and guidance. Nothing wrong with praying for miracles. But the seasoned Peter began to refine this practice of “Spirit-led ministry” and only looked to do what he saw the Father doing.

He saw the Father HEALING this BEGGAR!

What if your problem, that currently has you in some kind of “poverty”, is also His plan to solve your problem with His supernatural presence, through prayer in His Name, and God’s miraculous power?

Would you step out in faith and discern what He is leading you to do next?

Peter wanted to help this man. But when Peter had wealth, he was powerless to transform the beggar. he could at best, improve their lives for a few days.

Now that he had no silver or gold, finally Peter qualified to give him something so much more powerful! And he discerned the Presence of God in the moment was there with Peter to dare to ask God for such a miracle in the Name of Jesus!

Pope Innocent II is said to have called St. Thomas Aquinas into his chamber in the Mid-13th century as a large offering of gold and silver coins were poured out on his desk. He gleefully declared:

“The church can no longer say, Silver and gold have I none. ” To which, Aquinas replied, “neither can she say, Rise up and walk.“

Are you and I “poor” (in spirit) enough to see his Presence and Power work in a truly miraculous way?