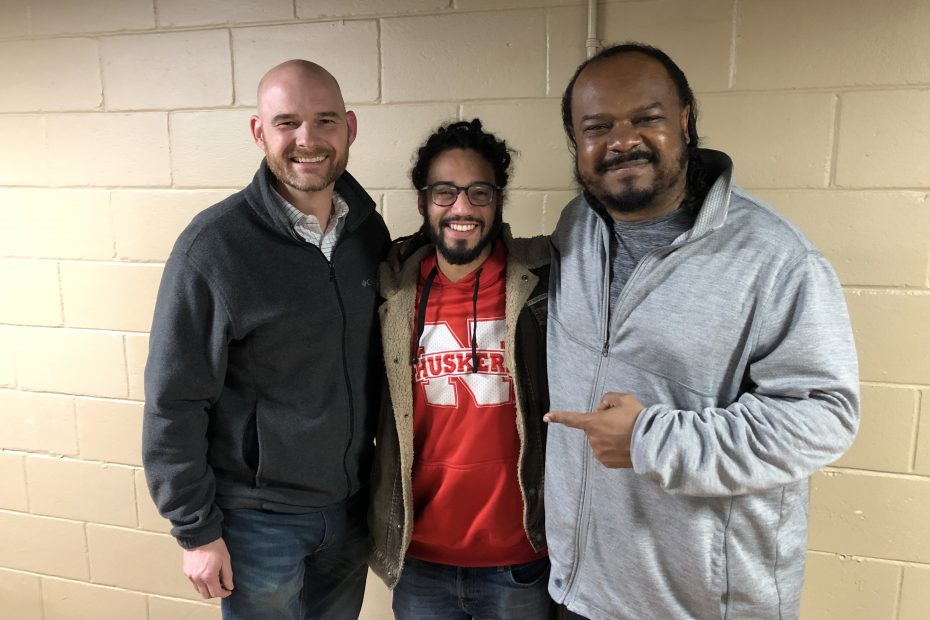 It’s been a long, long time…

Last time I was part of a racial roundtable, it was in North Omaha in the mid 1990s, and led by Burton Holland. I was one of Elmer Murdoch’s staff pastors at Trinity Church Interdenominational (Now Lifegate Main Campus at 156 and Dodge), working as Assistant Youth Pastor to Ty Schenzel.

Ty Schenzel and I had stepped out to develop some kind of outreach to North Omaha kids. We had no idea what we were doing. So Ty asked Burton to mentor us.

Ty was seeking a “template” for what it could look like to create a lasting outreach in North O. Burton thought a good start would be bringing black and white youth and youth pastors together and as he put it “seek to understand, before seeking to be understood.”

It was a divine idea.

That roundtable is where so many things were birthed that, had not even been thought of by any of us – Straight Talk (radio show on KKAR) Flanagan High School (serving the needs of the school Admin) and of course The Hope Center (eventually bought the Boys and Girls Club building in 1998 and converted it.)

I’ll never forget some of the shouting and screaming and – active listening that Burton and Ty requested from everyone. One night a young youth pastor sitting near me looked at me and said “do you know what it’s like just to drive in Omaha and get pulled over by police, just because of your skin color?” I did not believe him, and said “No way. No way!” I asked this youth pastor his name. He replied “Ed King.”

I have never forgotten that memory.

In fact meeting this young pastor Ed King was the deepest memory of them all for me. I think it was just because of the sincerity of his eyes, and the direct way he just faced me and spoke this at me. I didn’t feel judged. But I felt accountable to it. Not for him. But there was something God did when this amazing youth pastor – Edward King, told me this.

Then it seemed like 20 years of blessing and growth just flew by for so many of us.

We all remember getting it late August in 2015 and the largest live funeral ever witnessed in the history of Omaha was our unforgettable WAKE UP CALL that Ty and Terri had ran their part of the race extremely well. Now they are “passing the baton”, said officiant Pastor Lincoln Murdoch.

As I sat 10 rows back from the 2 caskets, and the stage above where the elevated lectern from which Lincoln spoke while raising a large baton, which only enhanced the visual meaning even more – I heard that now memorable phrase that was the front page title of the Post Bulletin front page evening edition…

“Who is going to Take their Baton?”

I need to be honest with you all… I was not thinking I would actually come back to Omaha and actually minister in some fashion to the people of North Omaha. I just knew a change was about to happen.

As everyone watched the horror in the streets of many cities in our nation in the summer of 2020 – it appeared that all the work and success we had in the last 3 decades in regards to race and many urban issues, was suddenly lost. (It certainly was not from heavens POV!)

Having been back in Omaha working with Step Up To Life… I wished I could help but I was working full-time now with them. I could not find room in my schedule.

But God had other plans!

My wife and I answered God’s call a few months ago, in light of these new developments and unforeseen events… and – the daily stirring of my heart as each day I would have devotions and the words “REVIVAL” and “EQUIP MY PEOPLE” would come at me like a lion’s roar. I also was connecting with a few great friends that had been part of that first roundtable…

I contacted Pastor Ed King soon after the riots in America. We agreed that it would be “so powerful and timely” to start a new RR together.

We are currently co-leading a new Racial Roundtable!

And if this wasn’t ironic as well – I’n preparation for what God was doing with Ty and I, I had moved from my West Omaha apartment and bought a house on Pinkney Street in 1994 just 8 blocks from Pastor Ed’s church!

I loved that community and where once I would have not liked living in that “kind of neighborhood” I now felt like I was “one of them” and we eventually saw about a dozen other key North Omaha volunteer leaders of our youth ministry at Trinity also feel called to move into this neighborhood and live among the community we were trying to understand and reach out to.

That area is officially part of BENSON, and not currently part of North Omaha but right next to it and often experiences some of the issues that NO literally lives in constantly.

Now here we are 2 decades later and the memories just bring tears of joy every time I drive up to Pastor Ed’s church and walk inside.

For the past eight months…

we have mostly been listening to the people of North Omaha in Pastor Ed’s ministry as they share heartbreaking story after story. It’s no longer a shock to me, but still at times I cannot believe what life is like for our black brothers and sisters in Omaha in 2021.

I invite white pastors and leaders to come and listen and care, and be part of the solution, eventually. But what we experienced in the 1990’s first RR, is what still is true today – first thing we need to do is to simply listen.

But not passively listen.

We Must Actively Listen.

Again, Burton was always telling us that to “Seek to understand” is not to just hold your breath till the other person is done talking, so that you can talk.

Seek is an active word that means to “strive/search with all your might” and understanding someone is almost to study with intense desire, the life experiences of another.

For Ty and I, it meant listening to the music they listened to, watching documentaries and reading biographies on the most influential black leaders; both Christian and Non Christian. It meant spending time with them in their element. It meant alot more than just nodding when they spoke.

If you want to SEEK TO UNDERSTAND any human being, you must also SEARCH WITH ALL YOUR MIGHT & STUDY THEM WITH INTENSE DESIRE TO LEARN ABOUT THEIR LIFE.

That is what we are doing at this Racial Roundtable.

I am helping revive & equip ministers and congregations

It’s as simple as that friends.

Currently We are 60% Supported.

But we are in a time crunch, The fallout from the election and new presidency really distracted many strong believers. (Including me!)

If you would take a moment, please go to the SAXTON PARTNER PAGE and prayerfully ask the Lord to lead you.

We are asking for MONTHLY PARTNERS to give a small amount or larger, or to pray for us as partners with us.

Would you pray about supporting us in some way?

Thank you so very much!